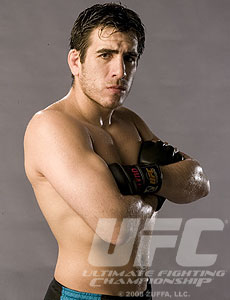 Kenny Florian has officially announced his retirement from the sport, citing a lingering back injury.

Florian, as I mention in today’s article for Spike MMA & Sports (coming later today), is one of those fighters who has plenty of reasons not to get punched in the face for a living. He’s a smart guy, a coach, and has found quite a bit of success in the broadcast booth, which is where he’ll likely stay.

A nine year career and being the only fighter to win in four different weight classes in the UFC is nothing to sniff at. In my mind, he’s the best fighter to never win a championship. It’s a dubious distinction that I’m sure people will scoff at, but considering who was in his way (GSP at Welterweight, BJ Penn at Lightweight, Jose Aldo at Featherweight), there’s absolutely no shame in it.

Also, today is the day Floyd Mayweather starts his 87 day jail sentence for domestic abuse. He’ll likely be out at the end of August, pending good behavior.

Mayweather maintains his innocence, but his personal history doesn’t make anyone doubt the veracity of the charges and he didn’t exactly put up a fight in court.

And earlier this week, WWE announced that Randy Orton was suspended for sixty days effective immediately due to his second Wellness Policy violation. They specifically cited a drug test failure. The first time it was marijuana metabolites, so speculation is that it’s likely the same this time. It’s unlikely to be steroids, particularly since if anything Orton’s been noticeably smaller the last couple years. Certainly possible, mind you. Just not likely.

Unlike legitimate sports, the WWE performs its own drug testing. While guys have been suspended in the past for weed, I’m skeptical that they automatically suspend a guy every time he pops a positive for it, since it’s really not a problem unless the guy shows up high and in no condition to perform (i.e. Jeff Hardy some time ago at that TNA pay-per-view).

This couldn’t come at a worse time for him. He was on the verge of being given another major push in the company. And just recently, he was replaced by The Miz as the star of the next installment of WWE films’ “The Marine” franchise due to the military’s refusal to cooperate with the project; Orton had been given a bad conduct discharge from the Marine Corps and served thirty-eight days in a military jail for going AWOL.

His troubled past and propensity for self-destruction is a regular obstacle for the WWE to overcome, which is why he’s been pushed near the top but never been given the ball to run with. And he likely never will. Even if he does stay on the straight and narrow the next two to three years, he’ll never be given the level of exposure that John Cena has because of the dirt that would eventually be dug up.