Chad Dawson just defeated Bernard Hopkins by majority decision to win the Ring Magazine WBC Light Heavyweight Championship. The fight was every bit as uneventful as we expected it to be, with Hopkins’ offensive highlights coming from a headbutt that opened up Dawson early in the fight and a takedown in the 11th, both illegal and unintentional. With all due respect, Hopkins had a Hell of a career and a great run the last couple years, but it’s time to hang them up.

More importantly, though, it’s time to look at Jim Lampley’s Ridiculous Glasses of the Week: 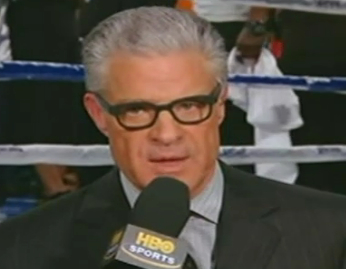 Check out those frames, clearly an ode to the offended concierge in “This is Spinal Tap!”.

He’s really become the Charles Nelson Reilly of boxing. Well, except for the entertainment value.