Firstly, Pete Dougherty with the Times Union has a video up with an interesting montage of what goes down behind the scenes the day before and during the televised broadcast.

Also, for those who missed the event, here’s my real-time live blogging of the event. Trust me, it’s a quicker read than you’d think.

And the post-fight press conference.

Firstly, this needs to be said: it was a great card from top to bottom. I don’t know why so many people griped about the fights on the first card back in February, except to say a lot of them probably just don’t like boxing enough to tolerate a full night of it. Which, given the long absence of boxing in this area, is to be expected. Still, in terms of fight quality, I thought this card blew the previous card out of the water. And I thought the previous card had some good fights on it.

Unfortunately and despite the presence of ESPN2, the attendance dropped. Badly.

I know I’ll get shit for this again, and likely there’ll be more than a couple folks stomping their feet about it and generally making themselves look like assholes. But attendance was nowhere near 3,500 for the first event (click HERE and HERE if you want to revisit that debacle), and to say it only dropped by about fifty people as is being reported elsewhere is…okay, I’ll be more diplomatic this time around and say they’re being generous.

This time, though, I thought enough to take some pictures. Things to keep in mind: these were all taken after the event started. People didn’t “start trickling in”halfway through the card. This isn’t Vegas, LA, or any of those other markets where people only show up for the last two fights. In a place like Albany, people pay for a show and they come for the entirety of it. 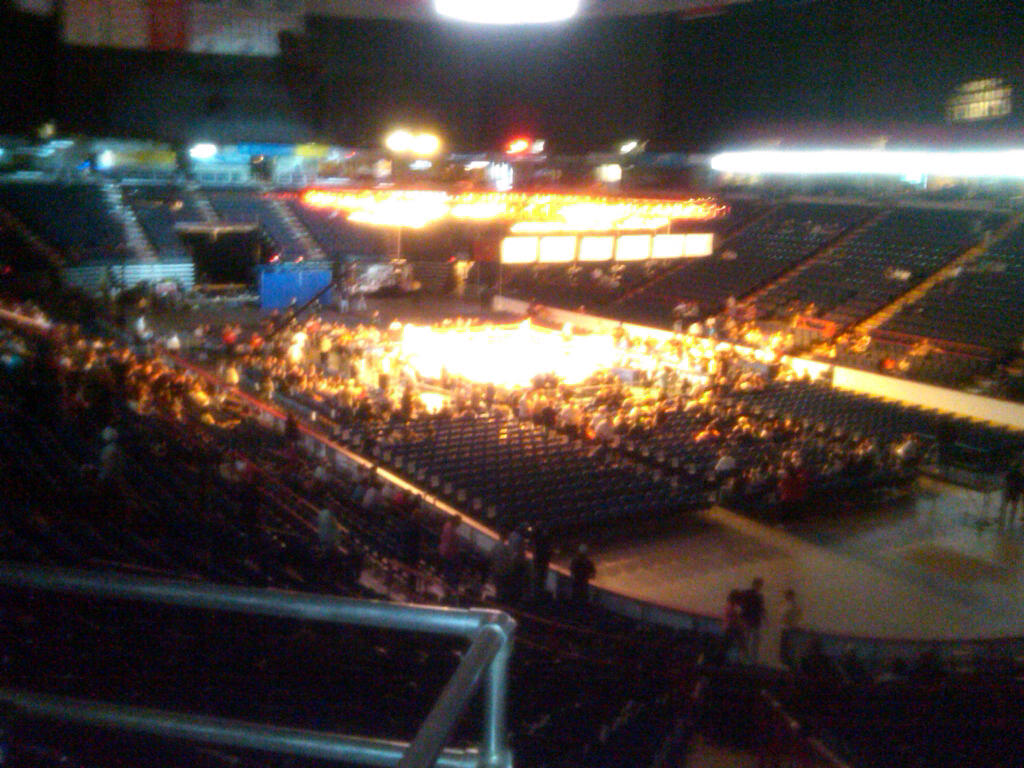 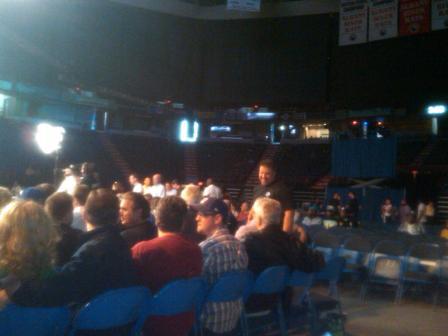 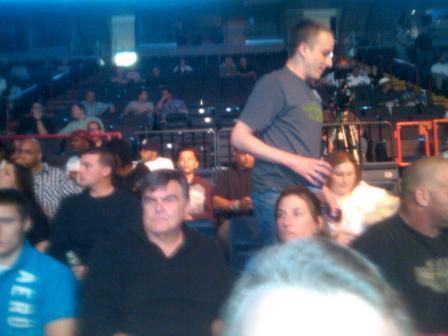 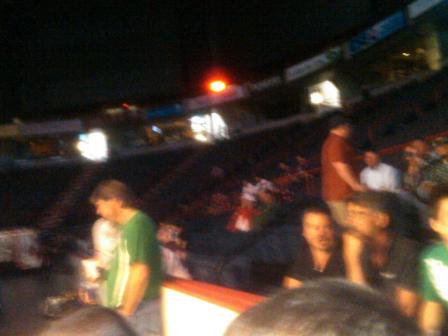 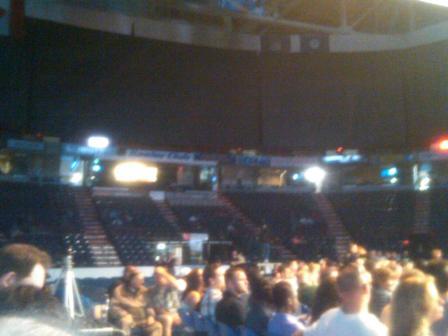 Joe DeGuardia, to his credit, neither attempted to make it out to be something it wasn’t nor did he seem deterred. For him, he claims, it’s still a money-making venture. I don’t have any reason to doubt that TV and endorsements offset poor attendance. But don’t get it twisted: attendance was still very, very poor.

There was absolutely no buzz heading into this event despite the fact that it’s been the only thing of note in this area recently that was on cable television throughout the nation. Is that poor PR and promotion? Possibly. Or it just could be that boxing isn’t what it used to be and is less of a draw in smaller markets like Albany. There was a complication with the broadcast that was comically analogous to this: between the opening bout and the first televised bout, the crowd sat for fifty-five minutes waiting for a college softball game to end. That’s right – boxing had to wait for college softball to end on ESPN2.

In terms of mainstream prominence, boxing in the last twenty years has taken a huge hit from the proliferation of big-men team sports like football and basketball. The money division for boxing has always been heavyweights, and there are few legit North American heavyweights because big kids with any semblance of athleticism are pushed into and/or gravitate towards team sports, football especially. Of course there are other factors, such as the alphabet soup title situation and promoter politics preventing big fights from happening, that have made a public first skeptical then apathetic towards the sport.

There’s still hope, though. I think the Fight community is strong enough in this area to support boxing. ARES Promotions, which has a card themselves on June 10th at the Egg, draws a really good crowd for their room and the enthusiasm is incredible. Their success is due largely to their focus on local fighters and the charisma of fighters like Javi Martinez, Shawn Miller, Mikey Faragon, and Sarah Kuhn. I think Star Boxing, in a similar vein, can grow and expand in the coming year(s). So long as DeGuardia retains his optimism and knows – as I suspect he does – that they’re in it for the long game.

Anyway, you guys should really make it out to these cards. It’s a good time. Trust me.