Benefit for Leukemia & Lymphoma Society TONIGHT; Geek Salad appearance Videos of Me Doing Stand-Up are Available for Your Viewing Pleasure

Look, I try not to be mean when it comes to people and their looks, especially in the type of society we live in now. In no way am I under any pretense that high standards of physical beauty never existed, nor do I labor under the misapprehension that shallow materialism is something that sprung up in the last decade. Thing is, though, we used to at least not revel in it. Some of you reading this remember those days before the internet and social media in all its forms either obliterated some people’s self-awareness or magnified their complete lack of it.

Enter Samantha Brick, who I think might just be our tipping point. Brick, a British television journalist, wrote a diatribe about how hard it is being exceptionally beautiful and all of the attention, both good and bad, it brings. Good in the form of random bottles of champagne ordered for her on airplanes, bad in the form of jealousy from other women. Normally I would just let out a tsk and roll my eyes, except…except there’s pictures, and…and…

Guys, there’s no way to put this lightly. She’s not pretty and her eyes are fucking cock-eyed. 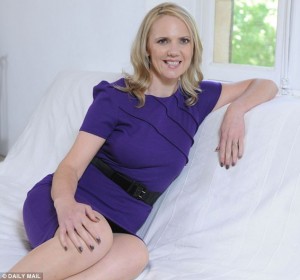 Exhibit A, her eyes are fucking crooked. 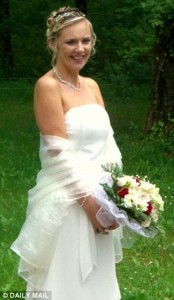 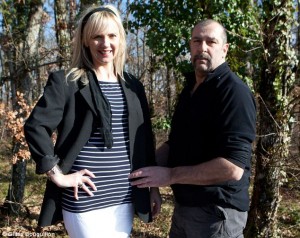 ‘Lest you think I’m being mean, if you click on those images you’ll see that these are the examples she provided. Like, she was all “I am so beautiful, look at this.” Except no, not really.

I mean, God. I hate being this mean. But I hate her more for making me this mean! If it was done with the attitude of “look how pretty I am!” I’d be all “you go, girl!” But it’s done like “I am so much prettier than everyone else that they hate me for it” followed by stories and anecdotes that read like the ramblings of that nine-year-old pathological liar in your playground (who has also seen television shows you’ll never see because his family has a special box on his TV that his millionaire Uncle hooked them up with). What’s worse, though, is that it advances a misogynistic narrative of women as jealous, vile, and ultimately shallow creatures who will hate you for your beauty and success. It’s delusional but somehow also mean, and would be tragic if it weren’t so spiteful.

Samantha, if you’re reading this? …no. Just…just no.