TUMBLR! I AM BACK! Holy Shit, have you seen what Spain’s wearing at the Olympics?

Last Friday’s J/K Follies at the Daily Grind in Troy was, I’d say with some amount of reservation, a success. 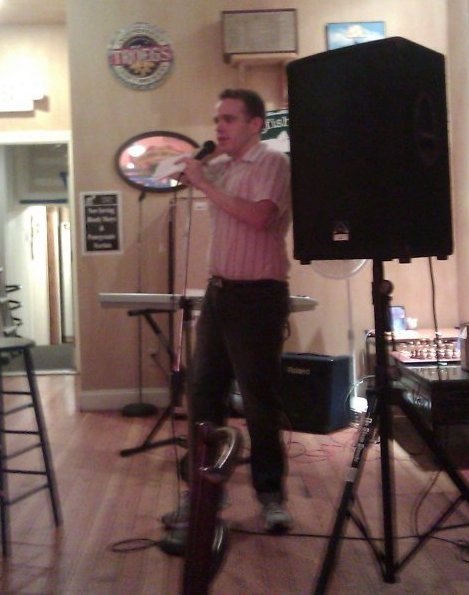 I wish the turnout had been better. I really, really do. Don’t get me wrong, we managed to fill all but two chairs at the Troy Daily Grind, but I wish there’d been more. I always want a packed and energetic house.

As for the performers? I felt like I laid an egg, but Brian Shurtleff, Henry Phillips, and William Hughes were fantastic. As was Jed Davis, who provided music for the event. His new album is out. Get it.

If I had to do things differently, I probably would have. Things went smoothly but I learned a few things. Yesterday I stopped by for an unsweetened herbal iced tea (it was seriously awesome) and talked to the folks there. The ladies behind the counter relayed that it was a good show and they had a great time and genuinely enjoyed it.

So the good news: this is most likely going to be a regular event starting in the Fall. Next month the Grind has a band performing, but after that, we might get on a regular schedule of doing a combined music & comedy show.

I just have to come up with a name. The J/K Follies was a one-off, since this month’s guest was Jed Davis (the “J” in J/K).

So here’s what we have to work with: it’s a monthly event on the night of Troy Night Out highlighting comedy with interludes from the evening’s musical guest as well as skits, segments, giveaways, and more, hosted by yours truly.

The show will feature only the best comics and esteemed musicians/singer-songwriters from in and around New York.

So here’s what I can come up with off the top of my head as possible names: