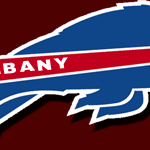 Before the Buffalo Bills’ big test against the New […]