Oscar – harkening back to yesteryear with rose-tinted glasses and blackface

The Academy Awards have never been stalwart protectors of fine art, but it seems to have degraded and become more shameless over time, particularly with its penchant for rewarding films that have little to no artistic merit or message other than being “a love letter to movies.” As if the inundation of montages for […] 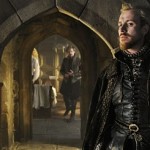 While George Lucas was busy fiddling with the Blu-Ray “Star Wars” compilation and inserting more garbage that ruins childhood memories, director Steven Spielberg was undoing a similarly infamous edit of “E.T.” for its Blu-Ray release.

For the 2002 re-release of E.T., Steven Spielberg digitally replaced all the […]

Ladies and gentlemen, today is the 10th Anniversary of the release of “Pootie Tang,” the big-screen adaptation of a character from the HBO series “The Chris Rock Show” created […]

Sidney Lumet, dead at 86 but still telling our story

Sad news came early Saturday morning when it was announced that film director Sidney Lumet had passed away.

Lumet was one of the foremost filmmakers in Hollywood at a time when the Director was King and given unprecedented control and room to experiment. His […]

Continue Reading →
"Error 403: Your IP is being rate limited by Twitter." — kevinmarshall