Two great minds lost: Joe Simon, 98; Christopher Hitchens, 62 Kim Jong-Il’s death is no joke to US and its allies 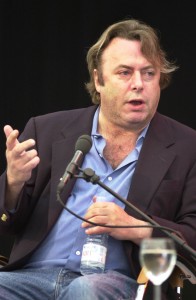 Christopher Hitchens in Quotes from The Telegraph. One of my favorites, on cats and dogs:

Obituary from The Guardian

Ta-Nehisi Coates in his blog for The Atlantic: …I remain grateful for having studied at Hitchens virtual foot. I would salute his ascent into Valhalla. But I think that just be defiling a warrior’s grave.

Abbas Raza on Hitchens: “It has become normal in some circles to always preface any profession of admiration for Hitchens (and anyone who doesn’t admire him in some way or other is a rotten Philistine in my not-very-humble opinion) with something like, “I don’t agree with some of his political views, but…”, as if it is normal to agree with public intellectuals of prodigious output 100% of the time. This just irritates me.” Speak it, Abbas.

Christopher Buckey’s Postscript in The New Yorker: The jacket of his next book, a collection of breathtaking essays, perfectly titled “Arguably,” contains some glowing words of praise, including my own (humble but earnest) asseveration that he is—was—”the greatest living essayist in the English language.” One or two reviewers demurred, calling my effusion “forgivable exaggeration.” To them I say: O.K., name a better one. I would alter only one word in that blurb now.

The Best of “The Hitch Slap”:

Hitchens vs. Hannity. Guess who wins.

One Response to Written and visual reflections on Christopher Hitchens