Talking about the Times Union Best Of, the C-word, and more on Alternative 2 Sleep New episode of MANville & the Jimmy Pigfeet Challenge 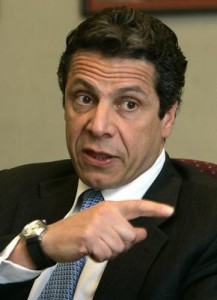 As gross as this is, it doesn’t really surprise me: Cuomo’s people have a 35-page dossier on Elizabeth Benjamin of Capitol Tonight. Why? Well, just because she got a little bit snarky, I guess.

The file, composed of highlighted and annotated blog items by Elizabeth Benjamin, one of Albany’s dominant political reporters, paints a picture of an executive branch that’s particularly averse to hints that Cuomo could be, as is widely assumed, conidering (sic) running for president in 2016. The document focuses particularly on seven items it describes as “GENERALLY SNARKY” …

I’m not even sure where to begin with how revolting this all is, so I won’t even bother. You and I, reader, don’t have anywhere near that much time to waste. Apparently a top Cuomo aide does, though. Seriously, THIRTY-FIVE PAGES on Elizabeth Benjamin because she was a little sarcastic about things like rumors of his Presidential aspirations. Couldn’t that time have been better spent doing, oh, I don’t know, anything else that actually relates to his job duties?

This sort of paranoia isn’t new in politics, and it always leads to a person’s undoing. Sure, it took a while to catch up to Nixon, but look what it did to his legacy. The only sort of solace I can take in this is that this sort of pathological insecurity will eventually be this aide and/or Cuomo’s undoing. Still, there’s only so much sarcasm to make up for just how dark and gross this is, and what will eventually happen years down the road won’t make anyone sleep easier tonight.

Though I do chuckle a bit about how thin-skinned they are about the rumors of him running for President. I mean, really? C’mon, son. Andrew Cuomo has about as much chance of getting the Presidential nomination that Rick Santorum did, and his campaign would be every bit the shitshow. I just think back to when he tried to correct Charles Barron on hydraulic fracturing during a gubernatorial debate – he screamed “IT’S HYDROFRACKING!” not knowing that it was short for “hydraulic fracturing.” Look, you can get away with that sort of thing when your competition is a steampunk obsessed with rent control and a guy who jerks off to horse porn, but not when you’re running for President.

What the Hell is it about New York that attracts guys that act like impotent, insecure man-children?

2 Responses to Stop Making Fun of Andrew Cuomo, You Guys!